It’s been a terrific year for one specific group of funds—and that means, if you’re one of many people who own them, you need to be very careful.

I’m talking about senior-loan (also known as floating-rate) funds, which have made big gains in 2019. That’s lulled many folks into a false sense of security, idly thinking these steady returns will roll in for the long term.

What’s more, this gain is largely a correction to 2018’s oversold market, where fear caused investors to sell everything. Now, we’ve seen BKLN and similar funds make up those losses and return to a sky-high valuation. Look at the chart below: 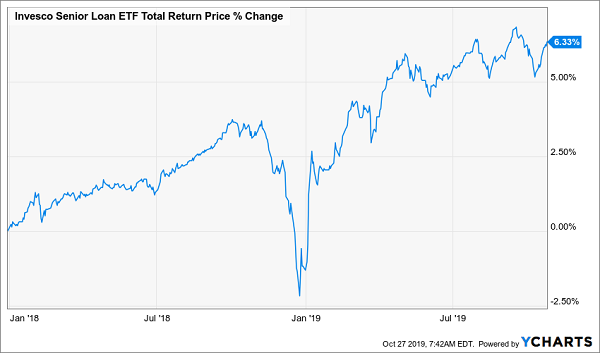 Again, that 6.3% return over almost two years sounds humble, but it’s far ahead of the trend; in the last five years, BKLN has risen 2.7% on average annually, making its two-year return far higher than the norm, even with the big dip in late 2018.

But the big post-panic recovery isn’t the only reason why now is a good time to move your money out of senior loans. Let’s move on to two even bigger reasons.

Before we go further, a quick primer on senior loans: they’re securitized loans usually given out to mid-sized companies that, for whatever reason, don’t want to issue bonds. Unlike bonds, which have a fixed interest rate, the rate on senior loans varies according to a benchmark rate. That’s another way of saying that when the Fed raises rates, interest payments on these loans rise, too.

In short, senior loans earn more profit for lenders when interest rates rise. That’s the problem: rates are now falling, which means lower income for BKLN and its shareholders. 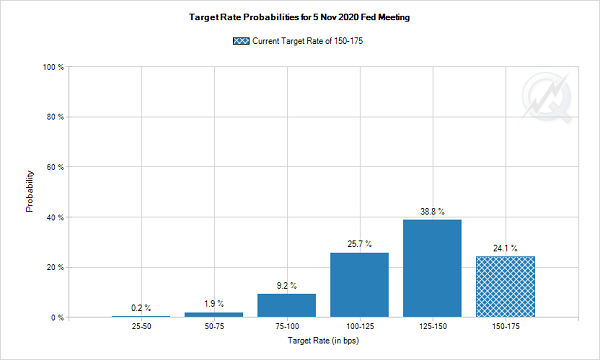 Right now, the market expects the Fed to cut its interest-rate target in the next year, with a 75% probability of rates being cut at least once.

If BKLN is going up more now than it was when rates were rising, when the fund would naturally earn more income for its shareholders, that means BKLN’s recent run-up is unsustainable for as long as the Fed plans to cut rates.

That’s another reason to worry about senior-loan funds, but it’s not the biggest.

In anticipation of a fall in senior loans, most investors familiar with this asset class are running away. In the last year, they’ve taken out $42 billion in assets, according to data from EPFR Global. BKLN has seen $2.4 billion of outflows in that time—half its current assets under management.

Major outflows on top of abnormal market returns add up to a bubble of misinformed or distracted investors mistakenly keeping their money where it shouldn’t be—another reason to run from senior-loan funds.

CEF Investors: It’s Past Time to Dump This Loser

Finally, if we look at closed-end funds (CEFs) that hold senior loans, we see that most are seeing lower-than-average outflows as a portion of total assets. And the worst of the senior-loan bunch is far overpriced.

That would be the First Trust Senior Floating Rate 2022 Target Fund (FIV), a floating-rate fund whose year-to-date market price (in orange below) exceeds its NAV return (or the gain posted by its portfolio of loans), meaning its discount has been shrinking. 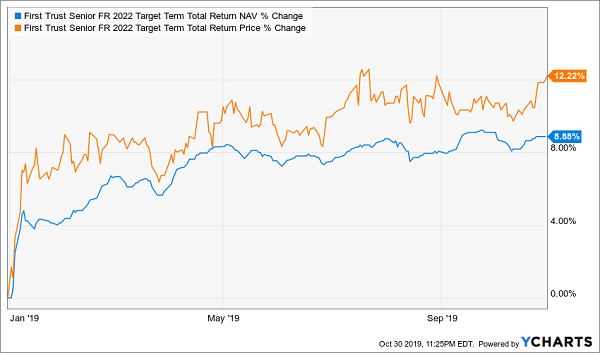 As a result, FIV’s 5.5% discount is much smaller than it was in 2018—it’s also smaller than the average 4.4% discount among all CEFs. What’s more, FIV has cut its dividend four times in 2019, a year when many CEFs have raised payouts. 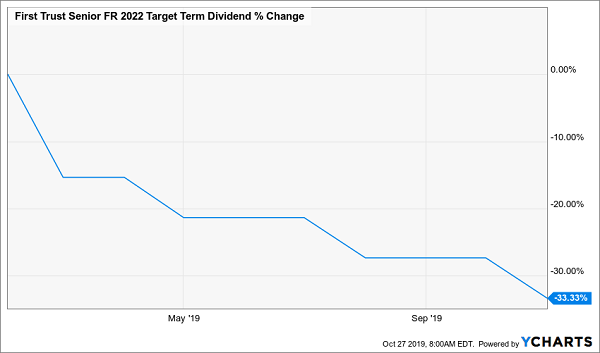 Investors who bought FIV for the “big” dividend have seen the fund’s yield shrink to 3.7%. That’s half the yield on the average CEF and far lower than the yields on many CEFs that are growing their payouts.

With many headwinds in senior-loan funds and a declining income stream, no one should be holding FIV right now. Yet the fund has seen $32.7 million of net inflows of assets in the last year—which shows you how irrational some CEF investors can be!

Don’t worry—I’m not only going to tell you what you need to sell today—I’m going to give you 4 terrific funds to buy, too!

All four are high-yielding CEFs. And they all put BKLN and FIV to shame on two crucial fronts:

And when I say these payouts are growing, I mean by a lot.

Consider Pick No. 4, a true dividend “unicorn” if there ever was one. This off-the-radar CEF yields an incredible 10.7% today, and look at what its payout has done in the last decade: 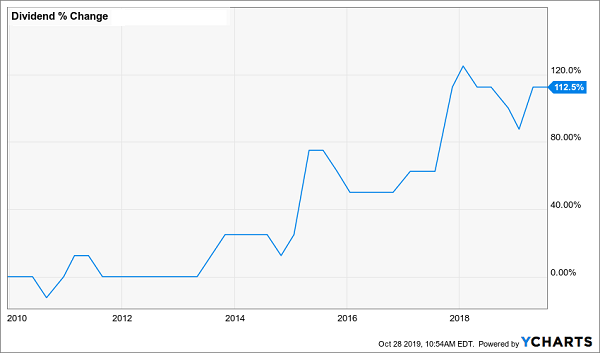 I know I don’t have to tell you that if you have your nest egg invested in 8.8% yielders throwing off payout growth like this, you get a perfect recipe for retiring on dividends alone—and your worries about a volatile market disappear!

I can’t wait to give all the details on these four “must have” funds. Discover everything you need to know about all four now—names, tickers, buy-under prices and my complete analysis of management—right here. Then BUY and start pocketing this 8.8% cash stream today!