Buy and Hold Forever? Nope. I’d Sell if You See These 3 Signs

Members of our CEF Insider service often ask me when they should sell a closed-end fund.

The truth is, when it comes to CEFs, it’s easier to know when to buy than when to sell.

If the fund is well managed, has a strong track record, is deeply discounted in relation to net asset value, or NAV (another way of saying the underlying value of the fund’s portfolio) and has a relatively safe dividend, that CEF has already gone a significant distance toward being a buy.

Sell signs aren’t always as clear, but they’re still there. You just need to know what to look for.

Here are three key points to consider when deciding whether to sell a CEF.

CEF Sell Alert No. 1: The Premium is Too High

A good example of this is the BlackRock Enhanced International Dividend Trust (BGY), which I recommended to CEF Insider members in March 2017. I chose BGY at that time because its discount had suddenly widened, despite the fact that changes in its portfolio indicated it was well positioned to surge. 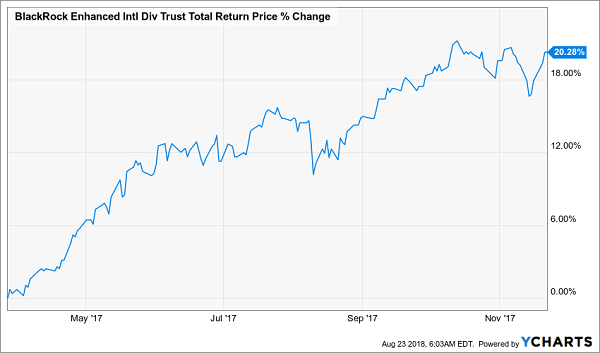 A big reason for this return: BGY’s unusually large discount of 12% in March 2017 steadily closed to a more normal 6.7% in November, when I urged subscribers to sell. 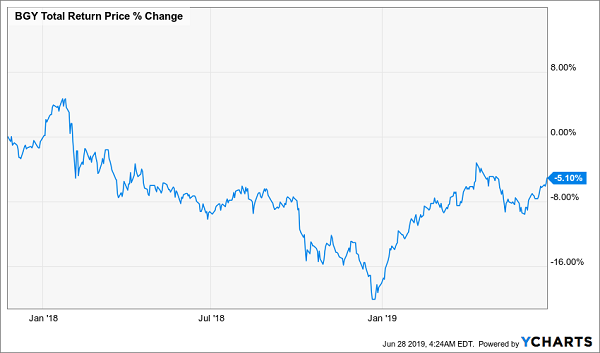 The lesson? Keep track of the discount, and when it gets too narrow (or becomes a premium) relative to its historic average, the trade has become too crowded and it’s time to get out.

CEF Sell Alert No. 2: Pressure on an Entire Sector

The great thing about CEFs is that, in large part because of their small size and retail-investor base, they react more slowly and over a longer period to bad news than more popular ETFs. This means anyone who keeps up with the news and uses CEFs has more leeway to respond to the market.

I recommended this fund to CEF Insider members in March 2017, for familiar reasons: a great and reliable dividend yield, strong management and an unusually big discount. And the fund delivered over the next few months, even outperforming the municipal-bond index ETF that tracks VPV’s benchmark: 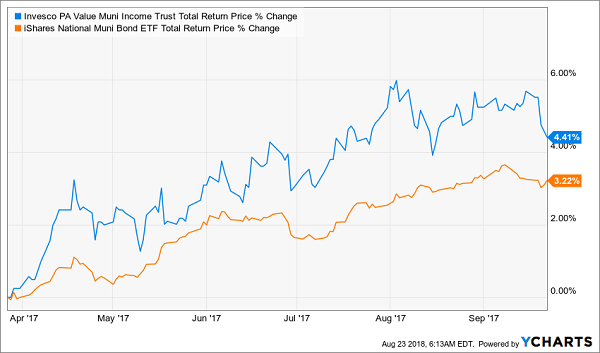 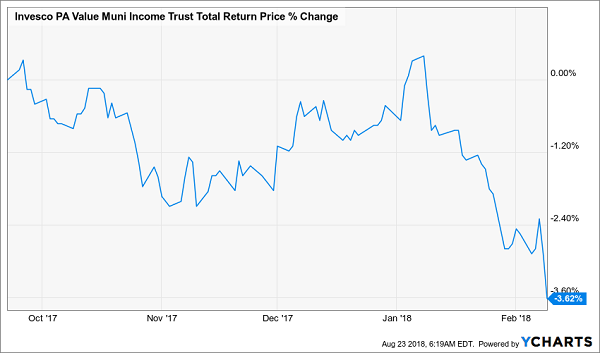 For a municipal-bond fund, this is a huge move in a short time. And all it took to avoid this short-term pain was to follow the news and react in a timely way.

CEF Sell Alert No. 3: Keep the Headlines in Perspective

My third point involves something that hasn’t yet happened since we launched CEF Insider: a recession and a bear market.

Every investor dreams of avoiding plunges like 2008–09. No one can steer clear of losses all the time, of course, but it is possible to defend your portfolio while continuing to collect the 7%+ dividend streams our CEF Insider picks hand us.

You’ve probably heard a lot about the inverted yield curve in the press lately: it’s the famous “recession indicator” I told you about in my article last Thursday. The yield curve is inverted when the yields on short-term Treasury notes grow larger than the yields on longer-term Treasuries. In the past, this has correctly indicated a recession within a year and a half.

And we are indeed getting a “yellow light” from this recession indicator, with the yields on the one-month—in orange—and three-month—in red—Treasuries now above the yield on the 10-year Treasury—in blue: 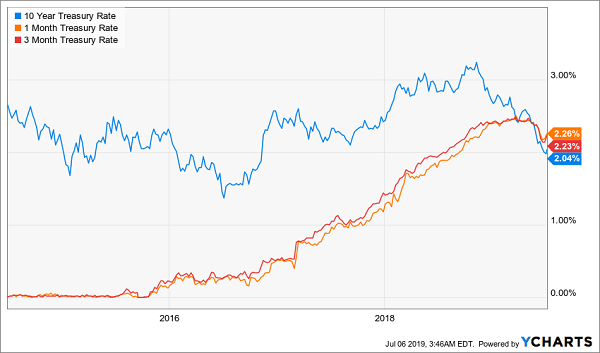 While no one knows the future—and even the most reliable indicator can be wrong—this is not the time to sell (and is, in fact, the time to buy funds like the 6.7% yielder I told you about in last Thursday’s article).

That’s because, going by the yield curve’s history, we can expect the market to remain in growth mode till the end of 2020 and potentially longer, and you don’t want to miss out on those gains (and dividends). Consider also that our other key economic numbers all look healthy: wage growth and consumer spending continue to rise, and unemployment remains below 4%.

However, the appearance of an inverted yield curve is a very good time to prune weaker CEFs from your holdings, such as those with flaws like the ones I showed you in points 1 and 2.

Of course, I’ll keep a close eye on the vital economic stats and keep you updated (including giving you clear instructions on the best ways to respond and keep your income stream growing) in CEF Insider.

This is also a terrific time to buy the 5 overlooked CEFs I’m pounding the table on now. These 5 stealth income plays are throwing off massive cash dividends—I’m talking 8% yields, on average!

Plus, each of these 5 funds trades at a ridiculous discount to NAV now—so much so that I fully expect 20%+ price gains out of them in the next year. Add in their big dividends and you’re looking at 28%+ total returns here.

But you’ll never hear about these 5 picks from your adviser, or in the media. The truth is, the CEF market is simply too small for the Wall Street hotshots to bother with.

That’s great news for us, because it sets up crazy mispricings, like the ridiculous discounts on the 5 cash-spinning CEFs we’re going to jump on now.

You’re very close to discovering their names. All you have to do is click here and I’ll tell you everything about these 5 cash machines: names, ticker symbols, exactly how I zeroed in on them before the first-level crowd and everything else you need to know before you buy.