Rarely do we get a buying opportunity in high-yielding closed-end funds (CEFs) like the one we have now. Thanks to the selloff, many CEFs trade at deep discounts and pay outsized yields upwards of 9% today.

With this market rally likely still in its infancy, we still have time to act here. But we don’t want to wait long, as this bounce has already started to whittle away CEFs’ discounts.

I’ve got three perfect funds for us to target below. This trio is intriguing because, taken together, they basically mimic an S&P 500 ETF, but with two key differences:

We’ll dive into these three funds a little further on. First, let’s set up why they’re great buys now by looking at why the overall market is nicely positioned for gains from here.

When gauging where the market is headed, the first thing to consider is earnings, which so far have held up better than most people expected.

So far, banks have reported healthy profits in Q3, and some retailers have reported surprisingly strong trends, too. A good gauge of consumer activity, for example, is Visa (V), which saw higher-than-expected spending on its credit and debit cards, suggesting that whatever recession may come will be mild at best. (Visa, for its part, doesn’t even expect a recession.) 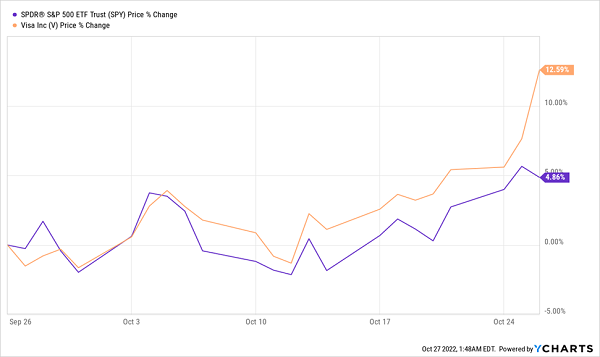 Moreover, with most companies reporting earnings that topped expectations, there’s a lot of upward pressure on share prices, especially in light of the fact that many investors panic-sold in recent months.

Earnings aren’t the only thing pushing up stocks: the Fed is always part of this story. 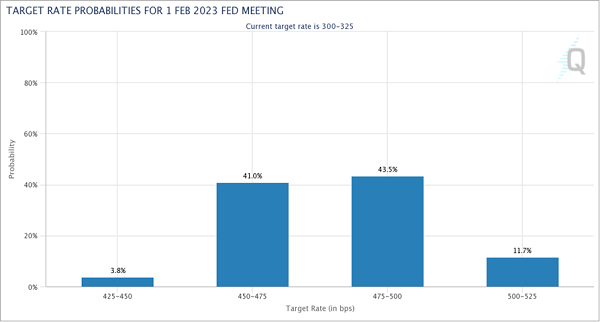 The Fed’s aggressive rate hikes are forecast to end after one increase in November, another in December and a final one in February.

As the end of rate hikes comes into view, markets are looking past how rates have crushed stocks and toward further earnings growth as borrowing costs become more predictable for consumers and businesses.

But what if there’s a recession? Well, with stocks in a bear market and the tech-focused NASDAQ down 30% for 2022 (its worst year since after the Great Recession began), that is kind of what we’ve priced in already.

In fact, we’ve never seen stocks fall this far this fast before a recession. In every recession going back to World War II, stocks have tended to dip slightly or stay flat (in some cases, like in 2006–2007, they soared), which means the pain is priced in like never before.

The Recovery Begins After All-Time Lows 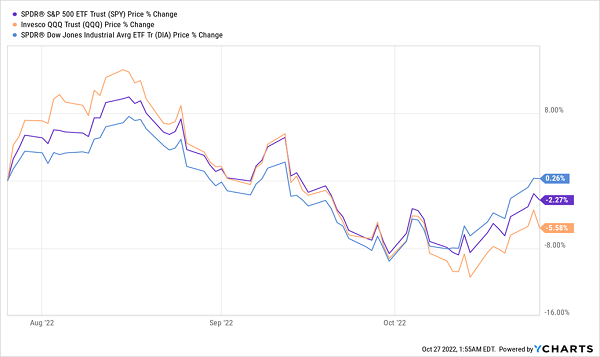 This again indicates that, while it’s a bit early, markets are clearly looking past the expected rate hikes of the next four months and toward what happens later in 2023. If there’s a recession, markets are ready. If there isn’t? Markets will likely soar.

While no one can know whether there will be a recession or not, no one can deny the fact that stocks have never priced in a recession as much as they have this time. So if you wait to buy after a recession has begun, you may be too late.

That’s where our three CEF picks come in.

Let’s start by taking two at once: the Nuveen Dow 30 Dynamic Overwrite Fund (DIAX) and the BlackRock Science & Technology Trust (BST) which yield 8.1% and 9.9%, respectively.

I like pairing these two funds because through DIAX you get companies with stable growth and strong cash flows, such as Home Depot (HD), UnitedHealth Group (UNH) and McDonald’s (MCD).

Then, through BST, you get large-cap tech innovators like Apple (AAPL), Microsoft (MSFT) and Alphabet (GOOGL). But, like our DIAX holdings, these stocks are also backed by strong cash flows, which gives us a margin of safety if markets do take another leg down from here. (We also get a layer of safety from the fact that techs have been washed out this year, leaving them trading at bargain valuations.)

Our income stream is also supported by both funds’ covered-call strategies, under which they sell the right to buy the stocks in their portfolios for an upfront cash premium. The beauty of these trades is that whether the stock is sold to the option buyer or not, our funds keep the premium, which they use to bolster their payouts to us.

This CEF Cranks Our Yield Up to 11

Finally, the Liberty All-Star Equity Fund (USA) also gives us a healthy slice of the S&P 500, but with a dividend far bigger than those of DIAX and BST: an 11% yield, to be exact.

A Rare Par Trade to Add to Our Pair Trade 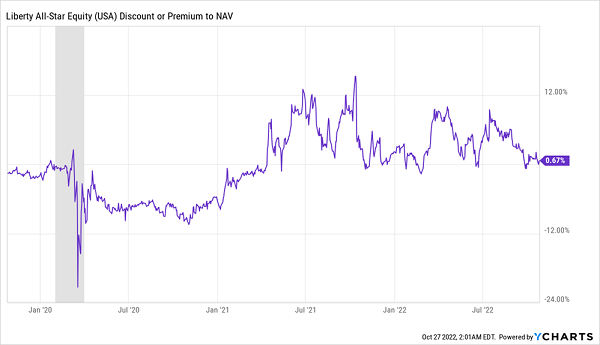 Trading around par value, USA is relatively cheap, as it’s sold for an average 8% premium for most of the last couple of years, for good reason: until 2022, it was beating the S&P 500, despite holding many similar companies. Even now, it’s close to the broader market over the last decade, despite having a yield that’s six times bigger: 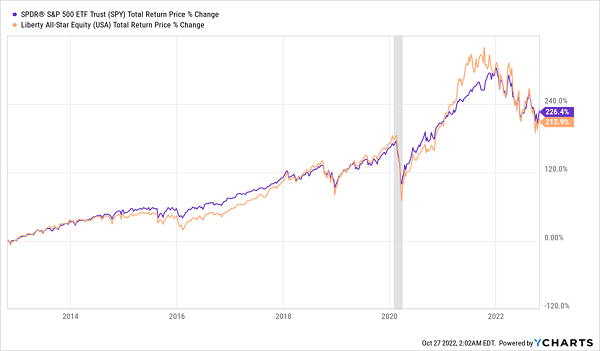 So our strategy with USA is simple: buy, hold for the massive income stream and wait for the premium to reappear. And by combining this fund with DIAX and BST, we get a large portfolio holding all types of US stocks, plus a big income stream and strong gain potential, as well.

5 Ignored Monthly Dividends Yielding 8.9% (and Set to Crush Stocks in ‘23)

The rally I expect in 2023 is so broad-based, there’s no need to stop at these three CEFs! Let’s go further by picking up my 5 favorite monthly paying CEFs now.

These 5 unsung funds yield 8.9% on average and sport discounts so steep (thanks to the selloff) I’m calling for 20%+ price upside in the next 12 months!

The 5 monthly payers have the savvy management and strong portfolios they need to keep our monthly payouts rolling in no matter what.

Now is the time to buy them—before their discounts wither away. Click here and I’ll give you the names, tickers, yields, discounts and all the vital stats on these 5 incredible monthly payers in an exclusive Special Report.