It happens in every crisis: far too many people miss out on big gains (and dividends!) because they’re too focused on the last wipeout.

You can see this tragic mistake throughout history—and many folks are in danger of making it now. I don’t want you to be one of them, so let me explain where I’m going here.

Let’s start with the dot-com crash of 2001. After that collapse, many people feared any kind of tech stock. But those who disavowed tech missed out on a monster return. For example, the Invesco QQQ Trust (QQQ), which tracks the Nasdaq 100, has more than doubled up the S&P 500’s gain since.

The High Cost of Looking Backward 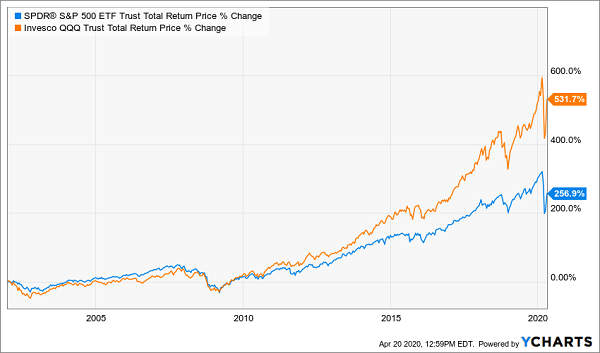 Similarly, the 2008/09 housing crisis frightened investors away from mortgage-backed securities, the only derivative to be the star of a Hollywood film (The Big Short).

These instruments were, of course, at the heart of the subprime-mortgage crisis. And that’s why, when the PIMCO Corporate & Income Opportunities Fund (PTY) began buying mortgage-backed securities in 2009, investors ran the other way. And just like in 2001, this fear of the last crisis caused them to miss out on another outperforming fund.

PTY Rises From the Ashes 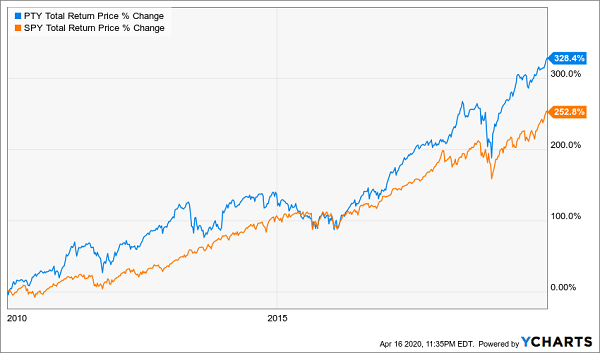 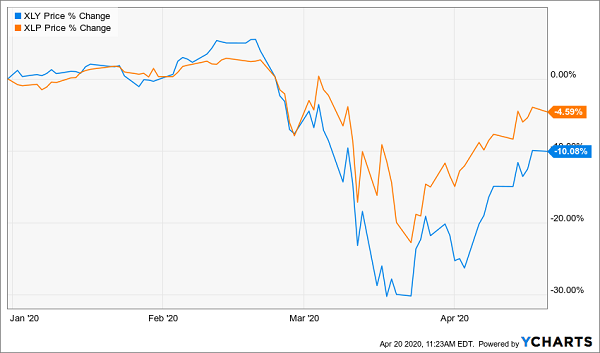 In the midst of a nationwide quarantine, it’s hard to feel confident buying consumer-discretionary stocks, but that’s where the value is. That’s because this crisis, which is hitting restaurants and travel the hardest, is mostly priced in, and the next crisis won’t look anything like this one.

A Time-Tested Plan for Future Profits (and Dividends)

Of course, not all restaurants will survive. In fact, many that were struggling before the crisis will likely close their doors forever after it’s done.

Take Chipotle Mexican Grill (CMG). This darling of the mid-2010s reinvented fast-casual dining and saw its stock soar as a result. Then a combination of several cases of food poisoning and changing consumer tastes made CMG one of the biggest duds of the late 2010s. 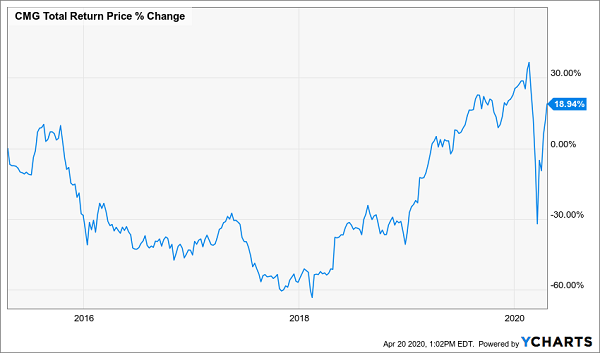 Many other restaurants may see such a reversal when the economy reopens, and we may see similar problems hit airlines, hotels and retailers that were falling out of favor before the crisis hit.

This is where value investing comes in.

None of us can be expected to keep track of which companies are losing market share because of changing consumer behavior—that’s a full-time job, and a very hard one at that.

But this is one of the cornerstones of value investing: the concept of a “moat” that Warren Buffett talks about is the competitive advantage that lets a company keep its market share and profitability as trends change. It’s why, for instance, Buffett loves Coca-Cola (KO)—the company never goes out of style and, as long as the market doesn’t overprice Coke’s earnings potential, it’s a decent buy.

Even so, since we all can’t spend hours reading market-research reports, the better bet is to invest with people who can—and who have done a good job stewarding wealth.

Take, for instance, the Boulder Growth & Income Fund (BIF), a value-based fund that invests a third of its assets in Buffett’s Berkshire Hathaway (BRK.A, BRK.B) and the rest in high-value brands like Yum Brands (YUM), American Express (AXP) and Walmart (WMT). This fund has a long history of pivoting its portfolio to where the value is, with companies that have a moat and are underpriced due to market panics. That success explains this chart: 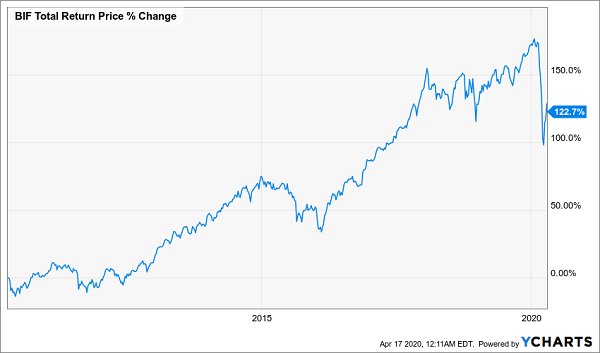 Now that many stocks are undervalued, BIF has the opportunity to focus on those stocks and further boost its returns. The best part? BIF also pays a 4.2% dividend while trading at a 16.1% discount to net asset value (NAV, or the value of its underlying portfolio).

Buffett’s Berkshire Hathaway famously does not pay a dividend because he wants to keep its cash in case he finds attractive acquisition targets. That’s great for investors (including BIF), but it’s an obvious problem for income-seekers. And with Berkshire stock as expensive as it is, it’s both risky and difficult for a Berkshire shareholder to sell off individual shares of the company to fund an income stream.

This is where BIF makes a lot of sense. By strategically trading around its core holdings as it finds value opportunities, the fund can give you a 4.2% dividend while positioning you for the market recovery we’ll see after this crisis passes.

There’s only one problem with BIF: its 4.3% dividend is a pittance in CEF-land, where payouts of 7% and up are common. So let’s go ahead and boost your income stream even further with 5 other CEFs throwing off dividends that double up the payout on our Berkshire clone.

These 5 perfect crisis buys yield 8%, on average (with one paying more than 10%)!

Best of all, these 5 cash machines are trading at completely unusual discounts due to the selloff—discounts so large that I’ve got each of these 5 funds pegged for 20%+ gains in the next 12 months as they surge in the coming rebound.

Throw in their massive 8%+ payouts and we’re talking about a 28% total return here, by this time next year. And thanks to their huge dividends, a big slice of that gain will be in safe dividend cash!

Click here and I’ll tell you everything you need to know about these 5 cash-rich CEFs (with 28%+ returns ahead), including names, tickers, buy-under prices and my complete analysis of their strategies. Don’t miss your chance to buy now, before these 5 funds’ prices run away from us.