2 Big Reasons That Interest Rates Will Stall Around 2%

Mr. and Ms. Market could handle a spiking M2. They could turn a blind eye to higher 10-year yields. But now, JP has really backed himself into a corner. Fed Chair Jay Powell has lit a fire under corn prices, of all things: 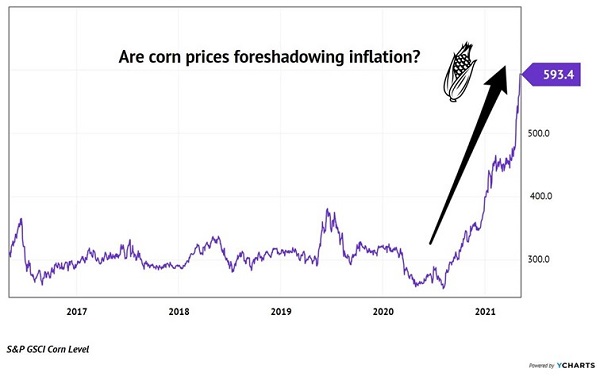 “This is how inflation starts,” the pundits say. Higher commodity prices drive the Producer Price Index (PPI) up. Consumers (you and I) pay more at the grocery store, and this is reflected in a jump in the CPI (Consumer Price Index).

And the CPI, of course, is the inflation calculator used by the government.

Let’s move back a few dominoes. Why are corn prices skyrocketing? Is it really the drought in Brazil, or did JP’s printing press—which has been running on full blast for 14 months—begin to overheat? 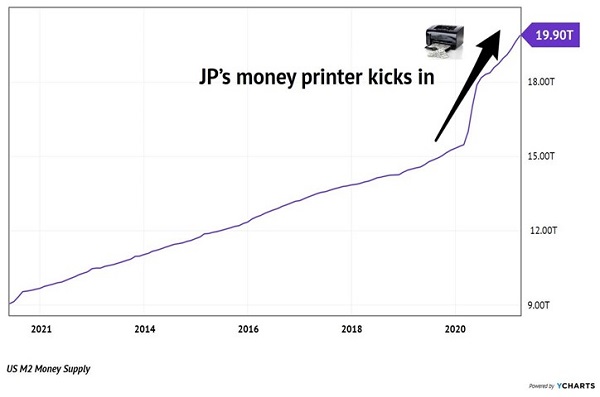 Oil prices are up. Heck, even Arabica coffee futures are hitting their own multi-year highs. And the US dollar is languishing. On the surface, it really does feel like a 1970s-style playbook for inflation.

And that’s the headline that “first-level” investors are running with. But we’ve learned from legendary contrarian investor Howard Marks to take the thinking elevator up one level. 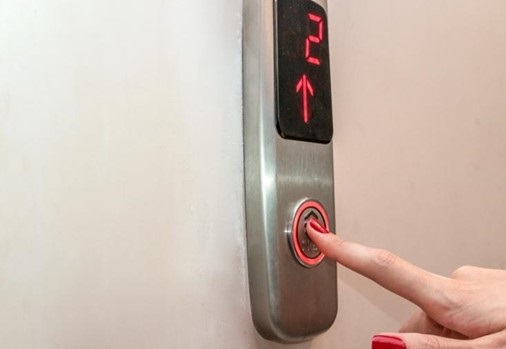 Today, the first-level dwellers are fixated on inflation. Their confidence is our cue to consider some counterpoints from floor two.

First, corn and coffee prices aren’t going to break our bank accounts. The US economy is service, not goods, based. More than 75% of our national GDP is credited to the service industry. The main cost input in this sector is, of course, wages.

But last Friday’s job report was labeled “surprisingly” bad. I’m not sure who expected better, but the bottom line is that the US has a 6.1% jobless rate. And we know this number is massaged as low as possible. So, there is likely plenty of slack in the labor market.

A service economy is a mature economy. And you and I aren’t the only ones feeling a bit older and slightly exhausted. As a country, we just don’t spend like we used to, which brings us to our second inflation counterpoint: velocity.

M2 supply may be spiking, but the “velocity” of this money has plummeted to post-World War II lows. This is a measure of how fast money changes hands.

Everyone thinks one dollar is one dollar. But once it gets moving, it can pack more punch than “just a buck” and become inflationary. People feel confident and spend more on their next trip (the vacation they’ve been waiting a year for.) The Airbnb host collects the cash and spends it elsewhere. Round and round the dollar goes as it multiplies and creates price pressures.

This type of high money velocity is generally a prerequisite for inflation. But—velocity has been in a downtrend for the past two decades!

In early 2020, before the word “lockdown” was a colloquial term, the 10-year Treasury paid nearly 2%. We’ll soon have the same type of economy. So, it would be natural for the 10-year yield to head back to 2% and probably get stuck.

Stuck? What about the trillions of dollars that were promised and printed? Let’s think back to 2009, which may be a more apt financial analogy than the 1970s. In ’09, we had a fragile economy recovering, a boatload of new Fed money and worries about inflation.

The inflation never really stuck in terms of consumer prices. But the stock market sure soared! As I write to you the S&P 500 has rallied more than 500% from its March 2009 lows.

This is the type of “inflation retirement storm” I’m warning my readers about. Please, throw out that dated 1970s playbook. Our modern “2021-style” inflation is more likely to rhyme with 2009.

This means we must:

Please click here and I’ll explain my favorite dividend stocks and funds for profiting from this coming inflation retirement storm.