More CEF Insider subscribers have been asking me how to deal with volatility lately. It’s easy to see why:

Another Downturn Appears … Then Disappears 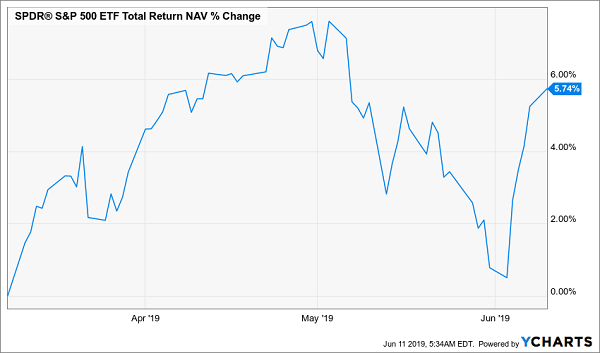 So today I’m going to give you an easy way to cushion your portfolio in this whipsawing market. I’m actually going to show you three ways.

All three are closed-end funds (CEFs) with a special “insurance policy” that tones down market lurches. But you’ll still enjoy market recoveries, like the one we’ve seen in recent days.

The best part: we’ll keep our income stream strong and growing, thanks to these three funds’ massive 6.7%+ dividend yields. That kind of income stream isn’t only nice to have, it’ll be critical when we run into the next crisis, as I’ll explain further on.

Let’s start with the traditional ways most people try to cut down volatility. Those would be holding cash—which, of course, gets you zero return—or so-called “safe” assets like Treasury notes, which pay a measly 2.5% at best.

If we want to have any kind of livable income stream in retirement, we need to do better. Which brings me to the solution I talked about off the top. It’s called a covered-call fund.

“Covered call” refers to a strategy where a fund holds a basket of stocks, then sells “call options” (or the right to buy a security if it hits a certain price) to an outside buyer against one of its stock holdings. That generates income, as the buyer pays the seller (in this case our closed-end fund) a “premium” for the call option. This extra cash flow, in turn, acts as a kind of hedge if the fund’s stocks fall in value.

Since these funds receive cash for their call options, you can expect a bigger dividend stream from them. And that’s exactly what you get.

Massive Income Up for Grabs 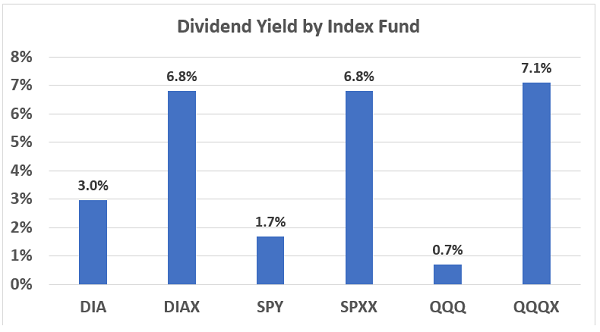 As income plays, these three passive ETFs are all duds.

These three CEFs track the three indexes very closely, but with one big exception: they also sell covered calls against their holdings, which is why their yields are many times greater than those of their index counterparts.

Also, since they sell call options on their portfolios, the value of their portfolios doesn’t fall as sharply during times of volatility. That’s why DIAX’s net asset value (NAV) bottomed above that of DIA in the last month:

A Step Ahead of the Index Once … 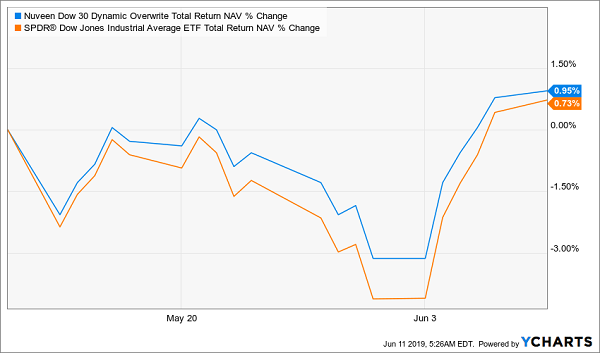 And DIAX wasn’t the only one, since QQQX’s NAV, while still down, as tech hasn’t recovered as much as other sectors, still didn’t hit the lowest point QQQ’s NAV did: 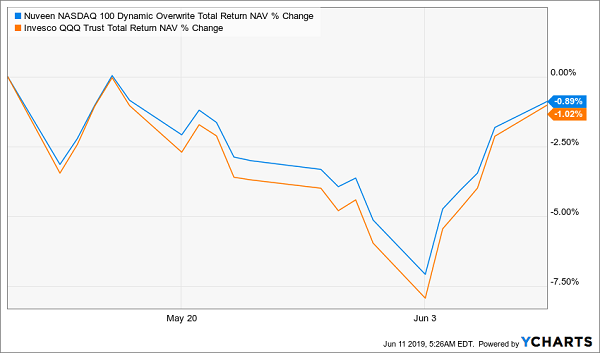 And for the broader index fund, the covered-call approach also helped SPXX’s NAV escape the lowest point SPY did: 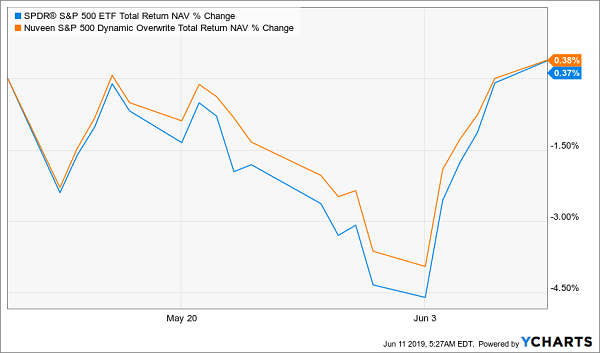 So, as you can see, holding these covered-call funds helps limit your fund’s downside during brief periods of volatility while also providing you with the market’s upside when stocks recover.

But the most important part is the income.

Your “Dividend Hedge” Against the Next Crash

For any retiree, or anyone who uses their portfolio as a source of income, these funds are a no-brainer, and a way to safeguard against accelerated losses during a downturn.

Think of it this way: if you held SPY over SPXX and you needed a 6.7% income stream, you would need to sell part of your portfolio during the downturn to guarantee that income stream keeps coming in. But SPXX avoids this forced-loss selling: thanks to its higher yield, you’re getting a huge slice of your return in cash, cutting the need to sell anything when you don’t want to.

During times of protracted volatility, like we saw in late 2018, being able to avoid selling is the difference between double-digit losses and long-term gains driven by patience and perseverance. And that’s exactly what these CEFs make possible.

This “Hidden” 7% Dividend Is Recession-Proof—and Tax-Free, Too

Covered-call funds aren’t the only CEFs that can build some Zen into your portfolio during a market wipeout.

There’s another type of high-yield CEF that can do the exact same thing: municipal-bond funds.

Muni-bonds are among the steadiest CEFs you’ll find because they’re backstopped by the most reliable consumer there is: the government!

That makes them a solid source of income on their own—and you can boost your dividend stream even more if you buy your munis through a CEF, like the one I recommended just a few days ago, in the latest issue of CEF Insider.

Check out the steady upward climb my brand-new pick has put on over the past year (in blue below), compared to the motion sickness your typical S&P 500 investor suffered: 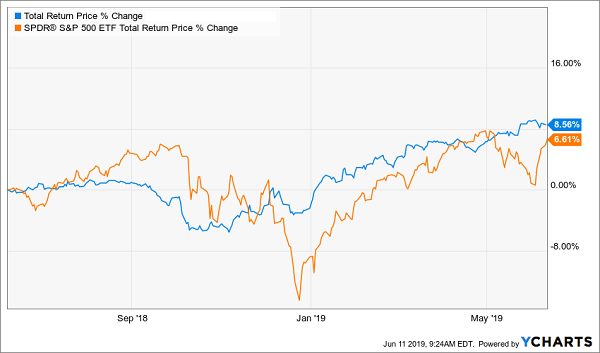 And it still has plenty of room to run!

Here’s something else I love about muni-bond CEFs: their dividends are tax-free for most Americans. So even though my pick’s current yield is “only” 4.8%, its “real” yield could be north of 7% to you, depending on your tax bracket.

To get all the details on this new pick, all you have to do is click here to take a no-obligation trial to CEF Insider.

When you do, you’ll get members-only access to my latest issue (which dropped just days ago). It gives you everything you need to know about this stout income play before you buy.

I’ll start by showing you 5 of my other top picks from across the CEF space. Right now, these 5 buys pay a sky-high 8% average dividend! These 5 funds are all great buys if you’re looking to keep your portfolio’s volatility under control while multiplying your income stream 2X, 3X or even more.