My friends and I couldn’t have been more excited about our college commencement speaker. Fresh off an electrifying cameo in the 2003 comedy movie Old School, James Carville’s next act was Cornell University.

At 21 years old, we had no idea what Carville actually did for a living. (Answer: Political consultant.) And though he was an engaging and entertaining speaker, I don’t remember a single word the “Ragin’ Cajun” said. Too bad, because he has had some major wisdom to impart.

Ten years earlier, Carville made an observation that is more prescient now than ever. After watching bond investors rebuff President Clinton’s economic stimulus proposals because they demanded a higher interest rate for US Treasuries, Carville coined this gem:

“I used to think that if there was reincarnation, I wanted to come back as a president or the pope or as a .400 baseball hitter. But now I would like to come back as the bond market. You can intimidate everybody.”

Financial lore refers to the “bond vigilantes” as the deficit hawks who bodycheck the federal government when borrowing runs out of control. They demand higher rates in return for their loans to Uncle Sam when his spending spirals out of control. 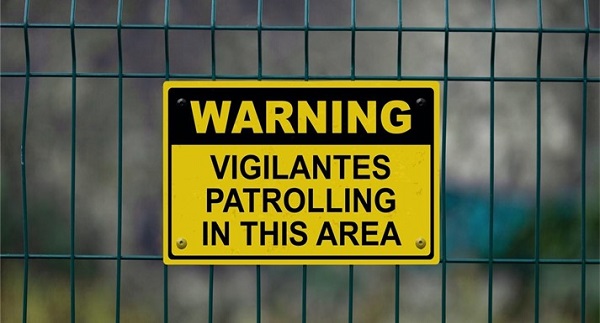 Many have wondered whether the vigilantes have been asleep for the past 27 years! They were nowhere to be found in 2008, when the Federal Reserve kicked its whole quantitative easing (QE) (“money printing”) efforts to a new level. Sequels QE2, QE3 and QE4 didn’t resurrect them either:

Rumors of the Bond Vigilantes’ Demise… 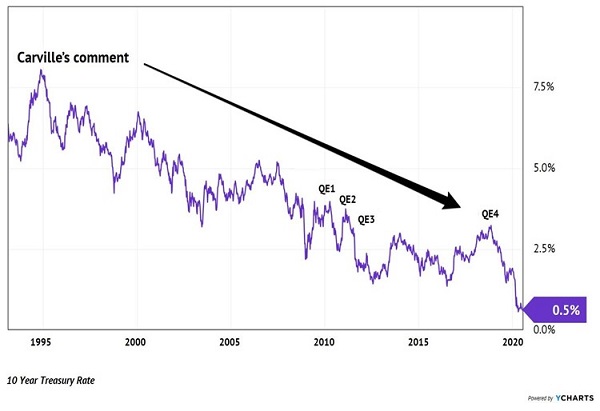 Until Fed Chair Jay Powell’s money printer went “Brrrr” and woke them from their slumber! His machine sent the US “M2” money supply up an astounding 26% year-over-year. With the post-virus economy ready to ramp up, the vigilantes have returned: 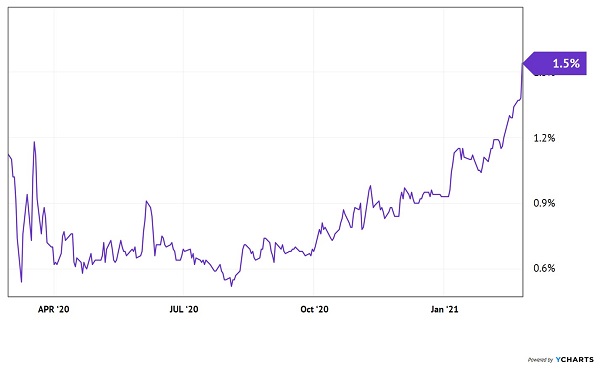 Higher long-term rates are, generally speaking, bearish for bond prices. We contrarian income seekers have avoided US Treasuries because:

Consider a popular “safe” ETF pick that’s been crushed by this rally. The iShares 20+ Year Treasury Bond ETF (TLT) has crashed 17% over the past six months. Seventeen percent!

Thoughtful readers have asked if it’s time to buy floating rate bonds. It’s a bit early, but it’s better than holding Treasuries. The iShares Floating Rate Bond ETF (FLOT) and SPDR Bloomberg Barclays Inverse Grade Floating Rate ETF (FLRN) are mouthfuls that at least haven’t lost money. They’re each up 0.2% over the past six months. Not exactly scorching, but better than TLT’s mess.

Moving past the hype of ETFland, we find better yields and returns in closed-end funds (CEFs). Fixed and floating rate CEFs alike are doing fine. Their yields are so much higher than the 10-year rate that Treasury drama is a non-event.

Let’s consider the net asset values (NAVs) of two of my favorite floating rate CEFs, BlackRock Floating Rate Strategy (FRA) and Eaton Vance Floating Rate Income (EFT). They have enjoyed NAV gains of 5% and 7% over the last six months as the 10-year rate has risen. The coupons on their bonds have ticked up alongside the 10-year yield, so their portfolios have become more valuable.

When it comes to CEFs, we look at NAVs rather than prices. The CEF sector is a backwater of hidden gems where prices can often dip below their NAVs (or intrinsic values, market value of their bonds minus any debt). When we measure the performance of a portfolio, we get a way better reading by using NAV than the emotion-laden price.

We also need to keep in mind that these NAV gains are net of the dividends paid. FRA and ETF yield 6.2% and 5.4% respectively today, which dwarf TLT’s sad 1.8% dividend and FLOT’s pathetic 0.2% attempt. Not only do FRA and ETF pay more, but they are heading in the right direction.

As, by the way, is a fixed-rate fund that I mentioned a few weeks back. Let’s give a shout out to the “bond god” Jeffrey Gundlach because his DoubleLine Income Solutions Fund (DSL) is absolutely sailing through the bond market drama:

Good Time to Be a Bond God 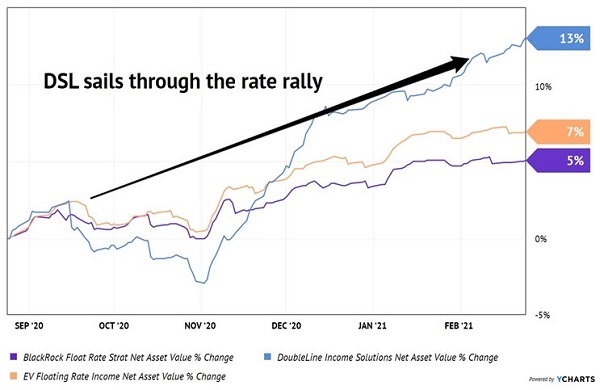 DSL yields 7.5% today. Its investors get paid every single month, and they have enjoyed 13% NAV gains on top of their payouts over the past six months. DSL also trades for a 5% discount to its NAV as I write. In other words, we’re able to buy its high-paying bond portfolio for just 95 cents on the dollar.

If that isn’t a bond bargain, I don’t know what is!

FRA and EFT trade at discounts, too. But let’s remember that markets don’t move in straight lines. When everyone is sure that something will happen (that rates will keep rising, for example), the next move is often in the opposite direction.

The 10-year yield has run up rapidly and is due for a breather. I asked market tactician Katie Stockton for her thoughts on the rate’s next move. She replied:

“Ten-year Treasury yields face a major hurdle on their chart in the 1.4% to 1.5% area. This zone encompasses former peaks and troughs. It is a natural place for a pullback with support near 1.1% to 1.2%.”

She added that a long-term low appears to be in place and didn’t expect to see 10-year Treasury yields below 1.0% this year.

In other words, we should use any “breather” in the rate rally as an opportunity to add floating rate plays to our portfolio. A recheck of the 1.1% to 1.2% levels would be a cue for us to go shopping.

As a Contrarian Income Report subscriber, you’ll be the first to know when floating rate CEFs flash a buy signal. Oh wait… according to my records, you’re not a CIR subscriber!

I’d love to offer you a risk-free trial. We actually have some high-paying (8%+ dividend) bond funds flashing buy signals right now. Click here and I’ll share the details on these monthly dividend payers.