The stock market keeps falling and falling because, for the first time in 14 years, there’s nobody to catch it.

The “Fed put” has expired.

The genesis of the Federal Reserve’s implicit put—the notion that the Fed will fix any decline—was the 2008 Financial Crisis. With the financial system on the ropes, the stock market itself became “too big to fail” as far as the Fed was concerned. Then-Chairman Ben Bernanke printed a bunch of money, boosted the market and became a Wall Street (bank, at least) hero.

Since then, the Fed has cradled the stock market. Anytime the S&P 500 hiccups or corrects, the central bank steps in to print money. This liquidity stabilizes stock prices.

This implicit “insurance” has been called the Fed put. It borrows from options investing.

When we buy puts, we are generally buying insurance on securities in our portfolio. Puts rise in value as stock prices drop. The Fed kindly provided US investors with—in effect—complimentary portfolio insurance (a put) for the past 14 years!

This floated a bull market in which investors rarely worried about stock prices going down. Anytime the S&P 500 (“America’s ticker”) dipped, there was no need to fear. The Fed would cut rates, accommodate, and do what it had to do to keep the market from tumbling.

It seemed like the easy money would last forever. Heck, even your moderate dividend analyst shrugged off nearly every market concern! Why worry when we know that the Fed will just paper it over?

On Contrarian Income Report webcasts I cited the Fed as the ultimate catalyst for stock prices. Geopolitical tensions, virus numbers and domestic political unrest couldn’t weigh stocks down while the Fed printed money.

The Fuel Behind the Fed’s Put

Let’s zoom in to the right side of the chart, so we can see where things really got rocking and rolling: 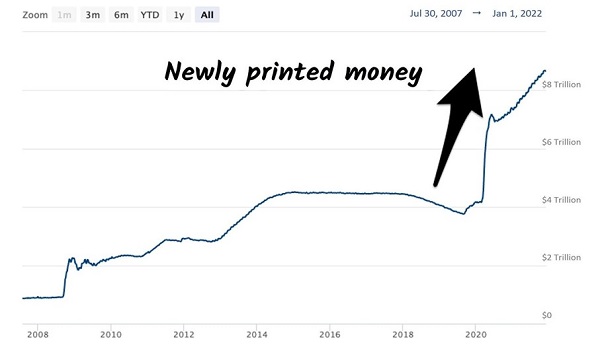 That guy knows how to throw a party! No wonder consumer prices went bonkers. There’s a ton of cash chasing a fixed amount of goods.

The biggest threat to Powell’s job security is inflation. He must make a choice between Main Street and Wall Street. With push coming to shove he’s sacrificing the stock market to bring inflation down.

Skyrocketing inflation forces Powell to sop up his flood of money. “Paging Mr. Chairman for a cleanup on aisle five (and six, and seven, and…)!”

Powell’s monetary moonshot previously ignited a bull market. Unfortunately, he must now take away the punch bowl and hook intoxicated investors up to saline IVs. The headaches are already setting in and the party is over.

The slowing of the agency’s massive money printer has already caused the broader stock market to, ahem, drop. But the real capital cleanup is starting now. The Fed is supposed to remove $1 or $2 trillion from its balance sheet at the rate of $95 billion a month!

Which is why we should seek out inflation-friendly dividends. Like Rithm Capital (RITM), which yields an excellent 11.1%.

What is RITM’s secret? The company prospers during inflation because it owns a boatload of mortgage service rights (MSRs). These gain value when refinancing activity slows, which is happening right now while long rates jump. 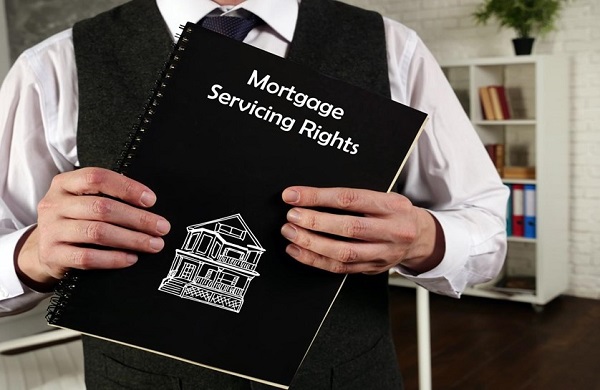 US mortgage rates have just hit their highest levels since 2008. RITM’s portfolio is a goldmine.

MSRs are therefore worth more because home refinancing is over for now. The best business is servicing existing loans. RITM owns the rights to these gravy trains. With the supply of new loans drying up, the right to service loans—which Rithm could sell if it wants to—rise in value on the balance sheet. This means the firm’s book value—and its stock price which follows that—should continue to rise. 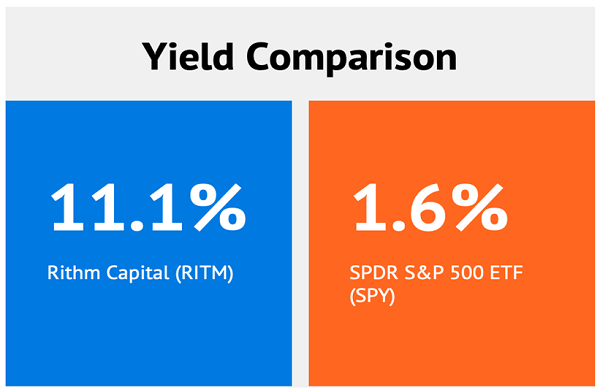