This “Feared” 7.7% Dividend Is About to Soar

Inflation fever is back! And today I’m going to show you a “one-click” way to cash in with a quick gain and a 7.7% cash dividend too.

First, you may have been under the impression that inflation was off the list of worries for now, since February’s fretting over rising prices sent the market into full swan dive mode: 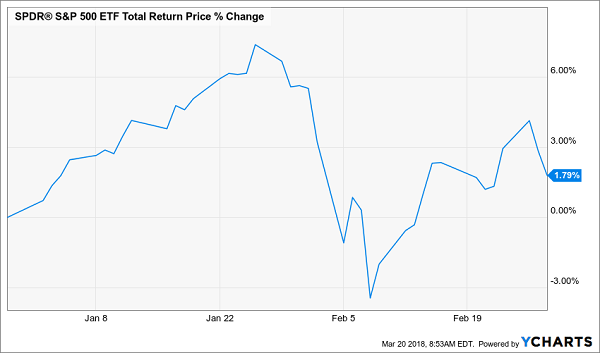 But March brought us a nice surprise: inflation is not as bad as previously thought. When it comes to one measure of inflation known as “personal consumption expenditure,” or PCE, we are still seeing price gains far below 2%: 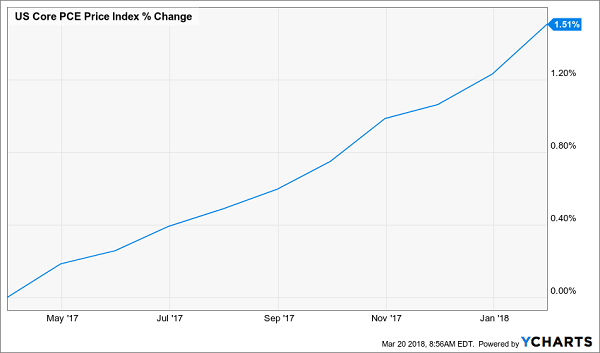 But now the herd is an uproar again—and it has everything to do with the “inverted yield curve.”

When that number goes below 0? We get a recession.

Notice how pretty much every time that blue line falls below 0 (the straight black line), we get a recession shortly after (the shaded gray areas)? That’s what inflation Chicken Littles are most panicked about right now.

The reasoning goes like this: if the Fed sees inflation spiking and gets overzealous in raising interest rates, that inverted yield curve will come back and we’ll get a situation where borrowing gets too expensive for the government, municipalities and companies.

Why Now Is NOT the Time to Worry

The market already knows that the Federal Reserve plans to raise interest rates in a bid to keep inflation in check. In fact, the traders betting through the Fed futures markets have already priced in three interest rate hikes in 2018: 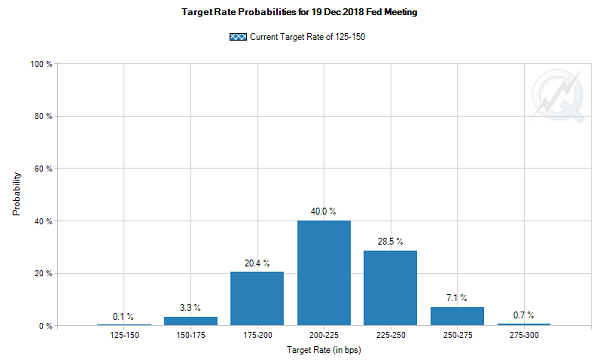 The good news is that the market has already priced that into everything—bonds, stocks, and other assets. The only real risk is that inflation spikes, forcing the Fed to raise rates more than they’ve already suggested they will do, risking a slowdown in growth.

But that’s now looking increasingly unlikely. In February, inflation rose by 0.2%, a sharp decline from the 0.5% gains seen in January. While prices are rising, they aren’t rising at an alarming pace—which means the inflation monster remains at bay.

What to Buy Now

So if we’re far from the inflation-fueled collapse that drove so many investors to sell in February, what should we do?

The answer? We’re going to go full contrarian and buy one “sleeper” asset class that investors normally run in terror from in times like this.

But those who do miss out on big gains and income. Every. Single. Time.

I’m talking about junk bonds—or bonds issued by companies with low or no credit rating. As a result, they tend to pay higher yields to compensate investors for the additional risk they’re taking on.

We all know that interest rates are headed upwards, and a lot of first-level investors think this means all corporate bonds, and in particular high-yield ones, are doomed because higher yields for Treasuries will pressure junk bond yields to rise, which in turn will make existing junk bonds’ prices go down (when a bond’s yield goes up, its price goes down).

This is dead wrong—and it’s been proven so time and time again.

To see just how far off this tired investor myth is, let’s rewind the clock more than a decade, to when interest rates did this: 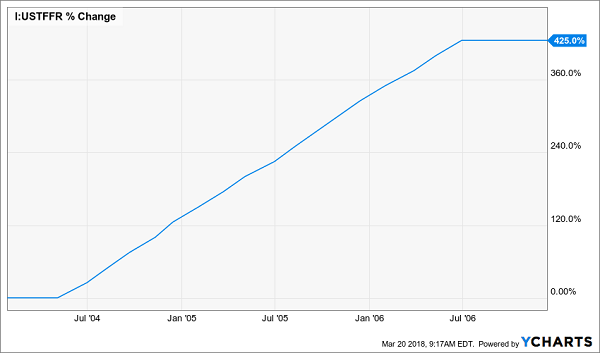 This sharp upswing in the Federal Reserve’s rate target (quadrupling in just three years) would be enough to make the most steeled investor tremble. And back then, a lot of investors did abandon junk bonds for fear of the inflation monster and the inverted yield curve to follow.

They made a big mistake, because this is what happened to one of my junk-bond favorites, the Western Asset Global High Income Fund (EHI) at the time: 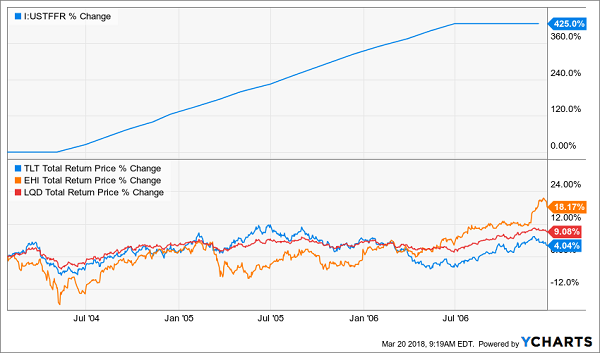 That’s because, despite the prevailing (and false) wisdom, junk bonds tend to go up when interest rates rise.

Because higher interest rates are the Fed’s response to a fast-growing economy. And fast-growing economies make high-yield bonds less risky, because those companies’ profits are rising more quickly. That, in turn, boosts demand for their bonds.

The bottom line? Now is a good time to snap up EHI and funds like it.

A 1-Buy Option for Inflation Protection and Big Income

Not only is the Western Asset Global High Income Fund’s juicy 7.7% dividend yield appealing, but thanks to the fact that the fund’s market price is 12% lower than the real value of its portfolio (known as its net asset value, or NAV), EHI’s management only has to earn a 6.7% yield—known as the yield on NAV, a crucial dividend-safety figure for closed-end funds like this one—to sustain those payments.

And thanks to rising interest rates on junk bonds, which are paying 6.2%, on average, now (versus 5.6% at the start of the year), it’s getting easier for EHI to sustain its payouts thanks to the greater income opportunities in the market.

That’s not unlike what happened in the mid-2000s, which is why heavily discounted high-yield bond funds like EHI are as attractive now as they were then.

Even though it’s selling at a preposterous 12% discount to its “real” value now, EHI is far from the only cheap CEF out there.

In fact, I just rushed out a free Special Report that gives you 4 other funds that are even better places for your money!

Because the discounts on these 4 off-the-radar income powerhouses are off the charts … and lock us in for monstrous upside in the next 12 months—I’m talking 20% as a conservative baseline.

But that’s just the beginning!

You see, these 4 under-the-radar CEFs also throw off 7.6% dividends, on average, with the highest-yielder of the bunch dropping a rock-steady 8.1% into your pocket—year in and year out.

These 4 funds are catnip for your income portfolio, and the fact that they’re also spring-loaded for 20%+ upside is an incredible “bonus.”

Don’t miss out on this one-time opportunity for massive income and predictable gains. Simply CLICK HERE and I’ll share these 4 funds’ names, tickers, buy-under prices and more with you now.