In a world where you need to hold a U.S. Treasury for 10 years to get a measly 1.5%, real estate investment trusts (REITs) have become an incredibly attractive income-yielding alternative. So attractive, in fact, that the SPDR Dow Jones REIT ETF (RWR) has soared over 12% in the last year: 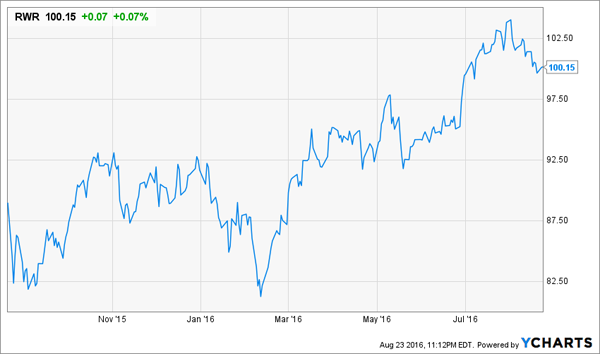 That also means the ETF’s dividend yield has fallen, and it now pays less than 4%. On top of that, RWR’s dividend is uneven because of the complexity of its constituents’ payouts, making this income stream an unreliable one. Dividends were $1.03 in March and 78 cents in June, and the dividend usually bounces around from quarter to quarter.

On top of that, many of the ETF’s constituents are massively overbought. According to State Street, which manages the ETF, one of the fund’s biggest holdings is a REIT called Prologis (PLD), which is up 32% in the past year and is near its 52-week high—which also means its dividend yield has crashed: 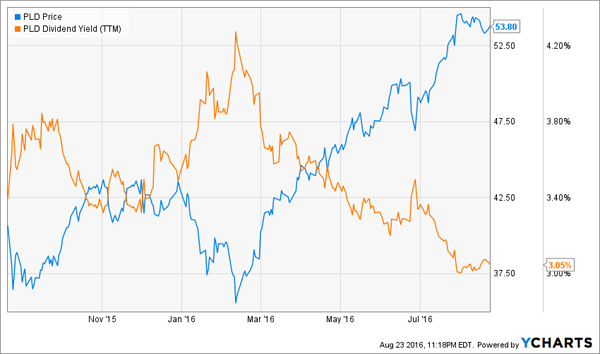 Prologis is a great REIT, don’t get me wrong—its FFO cover dividends by 144% and it has a strong history of dividend increases post-2009. But at a 3% payout, I’m hardly getting the yield that I could get elsewhere in the REIT world.

Another main stock that this ETF is holding is Public Storage (PSA), which also yields around 3%. But unlike PLD, there are a few good reasons to buy PSA right now. For one, it’s one of the biggest REITs out there, with a near $40 billion market cap. That’s driven by continual revenue increases—in 2015, revenues rose by over 9% on a year-over-year basis, and that trend has continued with 8% revenue increases in the last quarter.

Additionally, funds from operation (FFO) rose over 10% last quarter from the same period a year ago, representing a continual growth that has helped the stock’s dividend coverage improve. Right now, FFO is 128% of the dividend, and PSA is one of the few REITs that didn’t cut dividends during the 2009 meltdown (although they did decide to not pay out a dividend for the first quarter of 2009). The company also just increased dividends by 6%. 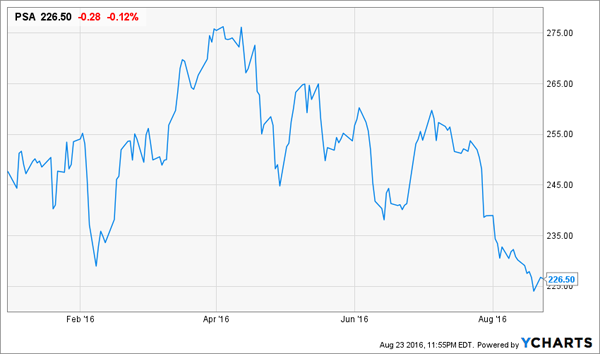 This has happened despite strong growth in revenues, dividend coverage and actual dividends paid. Why hasn’t PSA soared like the rest of the REIT world? Simple—the stock has not been volatile over the last three years, even when REITs have seen major declines. While the market is over-buying the dip in REITs, they aren’t keen on getting PSA because it wasn’t as severely oversold as many other REITs. Yet its fundamentals are solid and its income keeps rising, making it a rare REIT worth buying in this overheated REIT market.

Now let’s look at RWR’s biggest holding, which is also the biggest REIT by market cap: Simon Property Group, Inc. (SPG), which has an impressive 154% dividend coverage ratio even after recently hiking its dividend by 5 cents. The REIT is also up 11.6% over the past year: 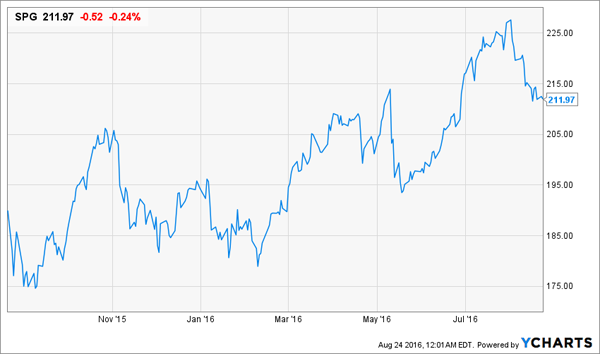 Simon Property Group specializes in shopping malls, and has expanded to have a global footprint in U.S., Europe, and Asia. Recently the company expanded into Seoul, Canada, Silicon Valley, and Ohio—such a massive global footprint should, in theory, insulate it from weakness in consumer spending in one area.

There’s only one problem: it is heavily dependent on consumer spending in physical malls, but we all know the real growth is in e-commerce. According to the Census Bureau, e-commerce sales rose over 15% in the first half of 2016, while retail sales rose just 2%. Online spending is taking share from malls, which could put Simon’s rent checks under pressure.

For this reason alone, holding SPG would require a high yield to compensate for the risk, but SPG is only yielding 3.1% right now—not high enough.

Instead of SPG, I’d rather get a high yielding REIT that isn’t going against broader structural shifts. For this reason, I’d like to buy an entirely unrelated issue—a healthcare REIT like Sabra Healthcare REIT (SBRA), which yields over 6% and still remains down over the past year:

Sabra Recovering, But Not There Yet 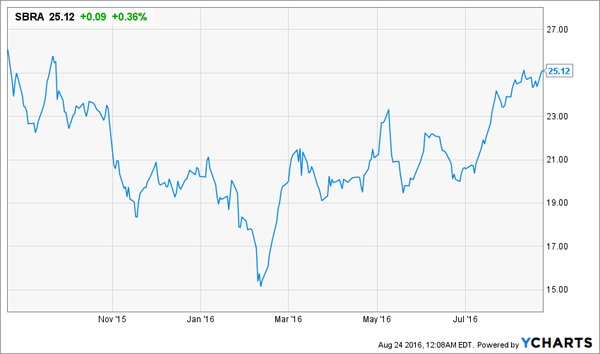 With an aging American population, companies like Sabra will see strong and growing demand for their properties. Indeed, revenues have increased 30% in the last year, and that growth rate shows no signs of slowing down.

But with this big yield, surely there’s risk to the income? Actually, no—dividend coverage is currently 140% despite a 2.4% dividend increase earlier this year, which is the 8th dividend increase in 5 years. Thanks to that dividend growth, investors who bought SBRA just 5 years ago are now enjoying a 10% yield on cost.

And believe it or not, there are still opportunities to lock in double-digit yields in just a few years…

As promising as Sabra looks, there are even better bets in the healthcare REIT space today. They are profiting big time from the retirement of the baby boomers—the strongest demographic shift in US history.

You just have to look where other investors don’t: in the mid-cap REIT space. Right now, I’m recommending three bargains with much fatter yields than Sabra … I’m talking payouts of up to 7.8%!

Two of these companies operate skilled nursing facilities (SNFs), the highest level of care a person can receive while still living independently. Because here’s something most investors don’t realize: even though SNF demand is soaring, we actually have fewer of them than we did in 2009! 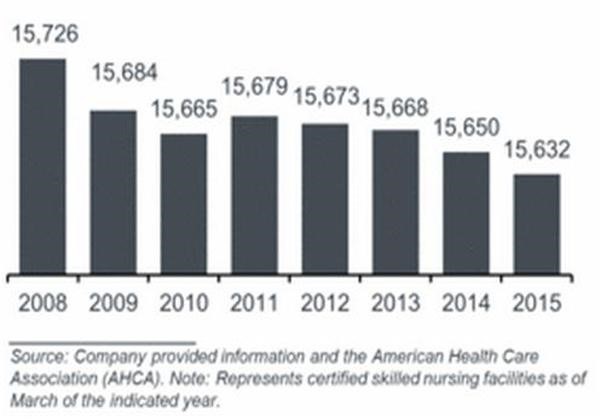 Rising demand and falling supply will send these REITs’ cash flows soaring, driving a rising tide of dividend payouts for investors like you. I expect you’ll be raking in 10%+ on your initial investment in short order.

I’m ready to give you the names of all 3 of these top-quality income generators right now. Simply go here to discover them for yourself.