Why is it so difficult to find good yield these days?

For the past half-decade or so, income ETFs and exchange-traded notes (ETNs) have exploded, to the point where ETFdb.com now lists some 130-plus dividend-focused equity products, 300-plus bond products and a host of other income plays on preferred stocks, alternative assets and more.

But ETFs that offer substantial yield? Well, that can get tricky. Less than a quarter of ETFs dedicated to dividend stocks yield more than 6%, and just a handful of bond funds do. In fact, of the roughly 2,000 ETFs that ETFdb.com tracks, just 75 yield more than 6% … and many of those are extremely risky leveraged products more suited to quick traders than investors who want to just sit back and collect a decent paycheck

Still, yield hunters have a few options to choose from. A number of exchange-traded products do, in fact, yield more than 6% — and some throw off substantially more income than that.

Investors just have to be willing to overlook a few pimples and provisos, and in some cases, get a little kinky.

Many U.S. equity ETFs that claim to be “dividend” funds rarely deliver the goods – at least when it comes to dividend yield. The SPDR S&P Dividend ETF (SDY)? 2.3%. And the Schwab US Dividend Equity ETF (SCHD)? 2.6%. Even so-called “high-yield” funds like Vanguard High Dividend Yield ETF (VYM) and iShares Select Dividend ETF (DVY) sit around the 3% mark.

But the Global X SuperDividend U.S. ETF (DIV) puts its money where its mouth is, offering a 7% yield based on its past 12 (monthly) distributions based on a portfolio of roughly 50 holdings.

DIV compiles these holdings by seeking out the highest-yielding dividend stocks on the market, then screens to include stocks that have paid out consistently for at least two years, then screens to seek out companies with lower relative volatility. It then equally weights those holdings at every rebalancing, providing for an added measure of safety – which can come in handy due to the nature of some of its holdings.

While the fund invests heavily in basic equities such as utilities (22%), consumer discretionary (19%) and consumer staples (11%), it also has significant weights in mortgage real estate investment trusts (22%) and master limited partnerships (12%) – two asset classes that have sustained significant damage over the past few years. In fact, many of DIV’s holdings are a who’s who of 2015’s biggest losers – names like Cone Midstream Partners LP (CNNX), which plummeted nearly 60% last year, or PennyMac Mortgage Investment Trust (PMT), which hurtled 30% lower.

Those and many other DIV constituents are rebounding this year. However, despite that – and DIV’s superior dividend – the fund still is a frequent underperformer. Since inception in March 2013, DIV has gained a respectable 26.4% … but the S&P 500 has returned more than double that at 56.5%. This year alone, SPY has outperformed DIV 12.8% to 11%.

DIV’s yield is nice, but it often comes at a price.

The YieldShares High Income ETF (YYY) is one of just a select few ETFs that actually delve into double-digit yields. It’s one of a number of so-called “multi-asset funds” – most of which hold stocks and bonds, and many of which do so by investing in closed-end funds (CEFs).

Why CEFs? Well, many closed-end funds tend to invest in high-income assets such as munibonds and junk bonds. But all CEFs pay out quarterly distributions that include not just dividend income, but capital gains. Hence YYY holding Royce Value Trust (RVT) – which invests in small- and micro-cap companies, many of which pay no dividends – still features a 10%-plus distribution rate.

That’s how multi-asset ETFs like YYY can boast such thick yields. Of course, that’s also how YYY lists such a large expense ratio. The fund’s management fee is just 0.5%, but you’re also absorbing 1.36 percentage points of management expenses for all the closed-end funds (which is automatically taken out of the CEFs’ performance).

YYY, which has a bond/stock split of about 70/30 right now, has returned 15.6% this year, beating the S&P 500 by more than a percentage point. But then, this has been a good year for stocks and many high-yield bonds simultaneously. But weak-bond environments are murder to YieldShares’ product, which has underperformed the S&P 500 by about 52% to 15% since inception in June 2013.

That’s the current annualized yield of this exchange-traded note, and like the other funds listed here, there are a few caveats investors must be aware of before jumping in.

The X-Links Gold Shares Covered Call ETN (GLDI) is a clever fund that invests in SPDR Gold Shares (GLD), but also utilizes a covered call strategy to generate income on the yellow metal that works best in a rangebound environment. Based on the calls the strategy uses, GLDI can completely cover up to 3% of downside, then the income acts as padding for any additional losses. And thanks to premium, it can actually double gains up to 3%. But past that, the limited-upside nature of covered calls takes hold, and that’s where GLDI will begin to underperform the GLD.

But it would take the ultimate Goldilocks environment to ever see that 16% yield in your portfolio.

If you want 6% without the market’s porridge having to be just right, I can help you do that.

In fact, I can help you do even better.

My favorite dividend stock yields 8.5% right this minute, it raises its dividend every single quarter, and it will keep churning out income even if the market throws us a curveball or two. 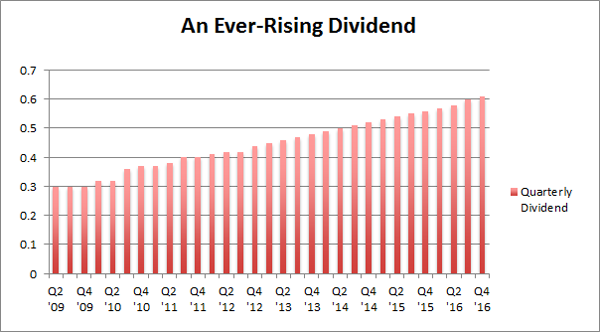 That’s critical for retirees, who need to generate substantial returns on their nest eggs to have a shot at a comfortable retirement. Consider that if you have a half-million invested in U.S. Treasuries, you’d make only $15,000 every year. You simply need more. My target is at least $40,000 annually on every $500,000 invested for retirement.

That’s about 8% a year, which my favorite dividend stock can cover in income alone. In fact, this stock is projected to return 17% between dividends and capital gains every single year!

Don’t depend on a bunch of funds that need a perfect storm to produce the very mouth-watering yields they advertise. Instead, diversify your nest egg into this wonder stock and a few more just like it.

I specialize in uncovering contrarian 8%+ income opportunities like my ever-rising dividend pick. Click here and I’ll explain more about my strategy and my favorite stocks and funds to buy for a secure retirement on $500,000.