Week in Review: Stocks Rebound and Focus Shifts to FOMC

The U.S. and China appear to be playing the long game with their trade talks, so investors shifted their focus more to Europe this week. The prospect of a Brexit vote fizzled out on Monday, and some selling pressure was relieved from stocks back here in the U.S.

Theresa May kicked the can down the road, so to speak, delaying a UK Parliament vote on finalizing the Brexit process, as reports suggested the measure would fail. May’s position as Prime Minister was then challenged by her own party with a confidence vote on Wednesday, which she survived.

On Thursday, Mario Draghi and the ECB announced the end of their quantitative easing (QE) strategy at the end of the year. While the overnight lending rate remains negative in Europe, the real gauge for the strength of an economy can be seen once the central bankers take the training wheels off.

QE ended in the U.S. in late 2017. As we’ve seen with our own markets in 2018, even when the underlying economy is strong, investors can easily get spooked when central bankers take their foot off the gas and there are signs that growth is decelerating.

Will They or Won’t They?

However things play out across the pond in the coming weeks, the Brexit discussion and ECB decision were always going to be the appetizer for the Fed back here in the U.S. next week. Our own FOMC is expected to announce the fourth interest rate hike for 2018 on Dec. 19.

Fed Funds futures are currently pricing in a 78% chance of a 25 basis-point increase next week, taking the core target lending rate up to a range of 2.25% -2.50%. 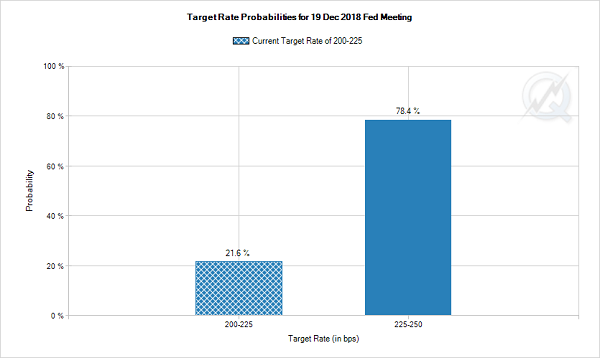 While the rate boost next week is a near certainty, doubt is starting to creep in on whether the FOMC will continue to raise interest rates in 2019.

The same Fed Funds markets are factoring in just a 59% chance of an interest rate hike next year, down from an 84% probability a month ago. 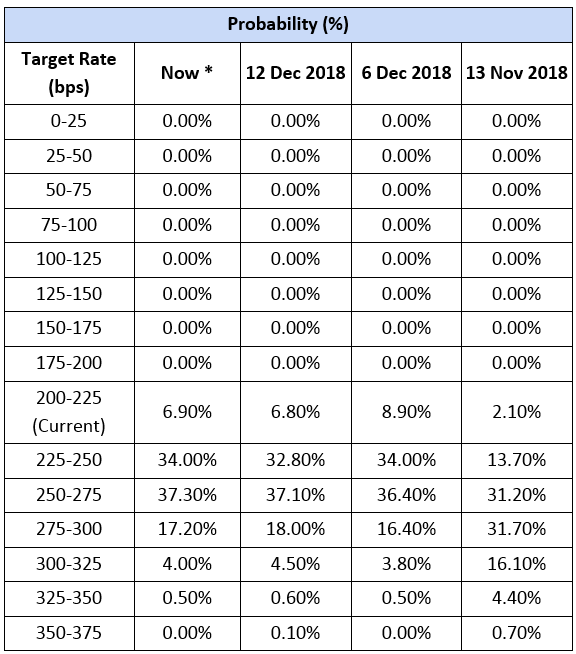 The average investor may be looking for one more rate hike next year, but in actuality, the top strategists out there are predicting anywhere from zero to three increases (some are even calling for a step back and cut in rates!)

So, as we enter the final full trading week of the year, this is the $64,000 question for investors in 2019 and beyond. The underlying U.S. economy appears strong enough to digest higher rates, but what investments can prosper will be greatly influenced by the central bankers across the globe.

When interest rates are rising, the market places a premium on growth. A stable dividend of 5%, 6% or more is nice, but can be diminished by inflation over time.

What investors really need when rates are climbing, is a dividend that management continues to raise year in and year out.

It may sound too good to be true, because growth investors and income investors don’t usually see eye to eye.

Income seekers want the security of 5%-plus annual dividend yields, while growth hounds think that cash should be reinvested back into the business– because a solid earnings report can send a stock up more than 5% in one day.

We’re here to tell you it’s possible to have the best of both investing worlds, and my colleague Brett Owens can show you how, with his simple (and safe) way to earn 12% a year from stocks with “hidden yields”.

At that rate, your money will double every six years, plus you can triple the retirement income that most dividend aristocrats or “safe” fixed income investments currently offer.

How do we accomplish this? Brett has discovered a key relationship between dividends and price gains that allow investors to find both growth and income in “hidden yields”.

Companies that consistently grow their dividends over time tend to outperform. The trick is the best dividend stocks almost never show high yields, because stock gains tends to track the size of dividend increases. If a company increases its dividend by 10% and the higher yield brings new buyers in, it often will send the price up and the yield back down toward where it started.

The hard part is finding the right investments to begin with and Brett has created a list of 7 stocks that offer such “hidden yields.” These companies provide a solid dividend today, with the potential to keep growing that payout over the next several years—regardless of the agendas of Jerome Powell and Mario Draghi. It’s easy to fixate on a stock’s dividend history or its current yield, but the real value lies in how much that payout can grow in the future.

What starts out as a 2%, 3% or 4% yield today grows each time a company raises its dividends. You could easily end up earning 10% or even 20% a year just from rising dividends … because your original amount of invested money never changes!

Click here for Brett’s simple, three-step process how to earn 12% every year with these 7 “hidden yields” stocks.