Many people spot a closed-end fund (CEF) with a high dividend, a double-digit discount and a big recent price gain and automatically hit the buy button, thinking they’ve got a clear winner on their hands.

But you need to go deeper to make sure your pick is a solid one, as one CEF, the Clearbridge MLP and Midstream Fund (CEM), clearly demonstrates.

CEM holds shares of “midstream” master limited partnerships (MLPs)—or companies that operate pipelines and storage facilities for oil and gas. The fund sports a 12% discount to net asset value (NAV, or the value of the MLPs in its portfolio) today, as well as a 7.9% dividend. The fund has also been on a roll this year, with both its market price–based return and its total NAV return—or the performance of its portfolio, including dividends—surging with oil prices.

CEM Soars in All Ways 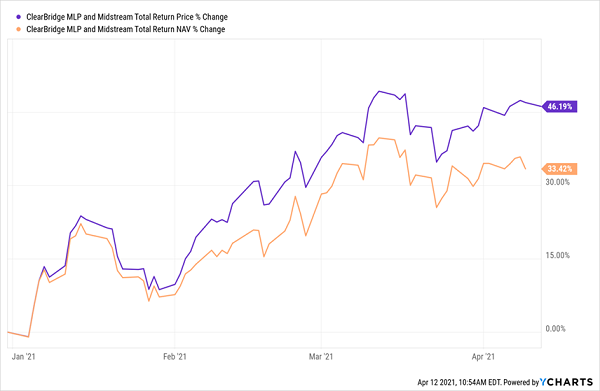 But even so, a look under the hood shows plenty of reasons to be concerned. Let’s start with the fund’s payout history: 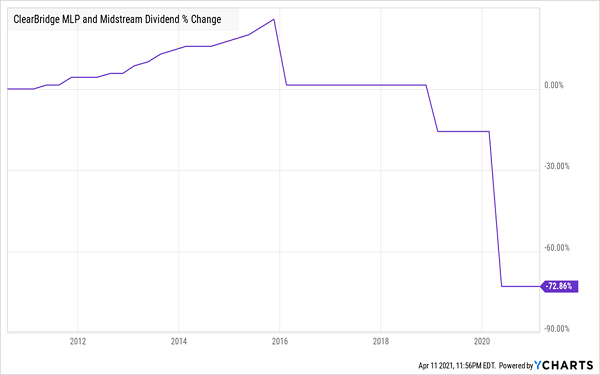 As you can see, a retirement nest egg invested in CEM alone might not keep you out of the workforce for long, since the fund has cut payouts by 73% over its relatively short life. While CEM looks to have a sustainable payout for now, thanks to its big NAV return this year (which it can draw on to pay dividends), the longer you hold the fund, the greater the risk you’ll face a payout cut. That’s especially true if oil falls again (and let’s be honest, that’s only a matter of time).

My biggest worry, though, is that management won’t respond to the next oil-price drop quickly enough. To see why this is a concern, let’s look at the period from 2012 to 2016, when CEM’s payouts grew steadily, and compare its payout growth to the oil price in that period. 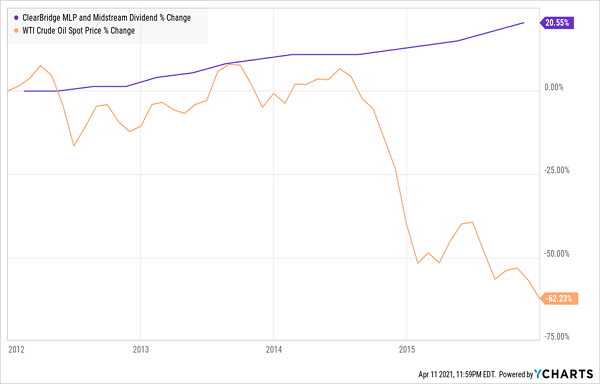 Oil was falling, but CEM’s managers don’t seem to have accounted for the hit this would entail for the MLPs the fund holds. So even though oil plunged in 2014 and 2015, CEM put off the necessary dividend cut until 2016, more than two years after the crash began.

… As Its Portfolio Falls With Oil 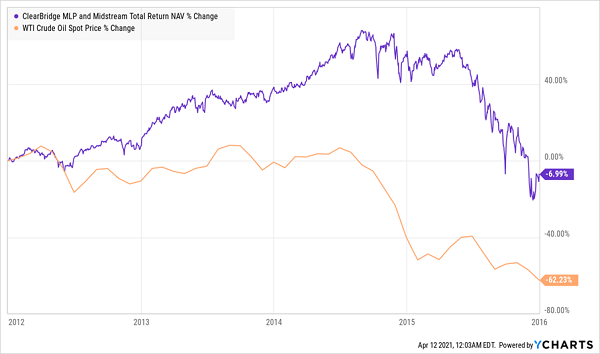 This had the effect of reducing the fund’s net asset value (NAV) as it paid dividends out of its portfolio. So while CEM’s investors were collecting higher dividends, this was more than offset by the fact that the fund’s portfolio value was shrinking fast: CEM erased three years of profits in less than a year while still hiking payouts.

This is the opposite of what a well-managed CEF would do in a situation like this: cut payouts when it must, and when a cut is in investors’ best interests in the long run.

While CEM’s recent returns look stellar today, the story changes when we look at the longer term. First, the fund’s return has been deep in the red since inception. 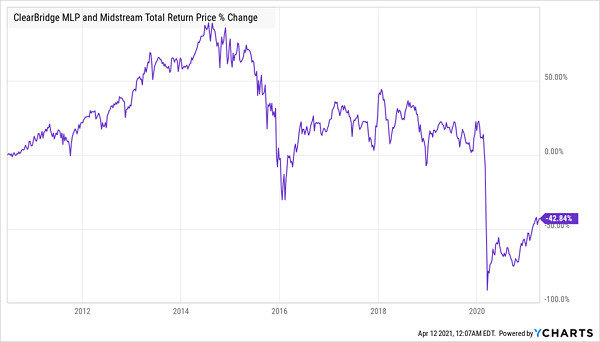 With CEM’s return falling 43% since it launched (including its generous dividend!), the fund has been a high-risk/low reward option: the worst of all worlds. While buying on dips and holding for the short term is a way to profit from CEM, the risks involved are high—and one can never know when CEM is about to hit a top (it may be there now).

Additionally, this is a rare time when you’re better off going with an ETF in the same space. If we compare CEM’s total return to that of a passive index fund in the MLP market, the Alerian MLP ETF (AMLP), we see that CEM has not held up at all:

CEM’s Return Lags the ETF—Even With Its Big Dividend 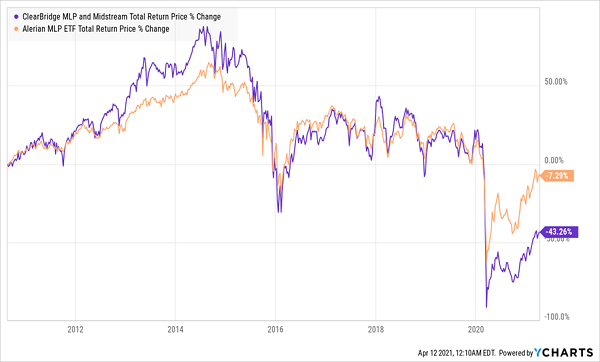 When a Discount Isn’t a Deal

These negatives are why investors have saddled CEM with a 12% discount to NAV, which might sound like a deal but is really the status quo for the fund: CEM’s discount hasn’t ventured far above 10% since early 2019, with just one brief exception, in the midst of the March 2020 crash: 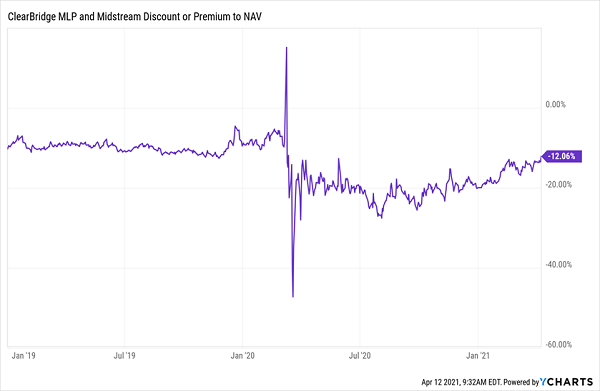 That just means that CEM is “cheap for a reason”: other investors have picked up on its negatives and have priced the fund appropriately.

The bottom line? CEM might have been a big winner in recent weeks, thanks to oil’s bounce, but for long-term investors, the risk of holding this fund is just too great.

My 5 top CEFs to buy now are the opposite of CEM: they boast similar dividends (7.3% payouts, on average, with one of these funds paying an outsized 8.5%), but those dividends are backed by diverse portfolios featuring top blue-chip stocks, real estate investment trusts, corporate and municipal bonds.

Plus, some of these hefty payouts come your way monthly, too!

And thanks to these 5 funds’ unusual discounts (which, unlike with CEM, do close regularly), we’re looking at 20%+ in price gains from these 5 funds in the next 12 months, too!

The time to buy is now, before their bizarre discounts close as the economy and stock market continue to bounce back. Click here and I’ll share all of these 5 funds’ “vitals” with you: names, tickers, dividend histories and every reason why I’m pounding the table on all 5 now.